We’re the world’s #1 autonomous robot for material handling for a reason.

They are collaborative, safe and efficient and make over 5 million deliveries per year. 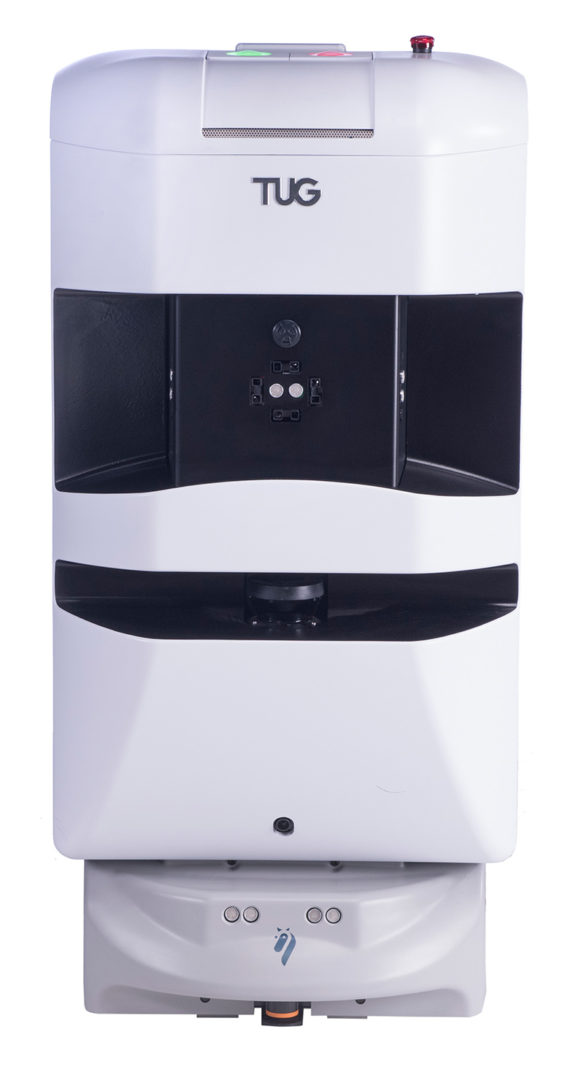 Our TUGs are proven safe around people even in the most challenging of environments and provide reliable service over the course of years – not just months.

Products are developed specifically for your market which means you get a complete solution – not just a development platform. Our work with integrators allows TUG to be incorporated in the total automation in your facility.

With a payload capacity of up to 1,400 lbs. (635 kg), the ability to work with a wide variety of carts using the universal base and mapping your facility digitally instead of with fixed hardware, TUGs can adapt to you rather than the other way around.

Entire fleets of robots are orchestrated through a software system which manages every delivery and optimizes the dispatch of TUG robots.

Algorithms efficiently monitor TUGs 24/7/365 and detect potential problems before they become actual problems. Our Cloud Command Center allows us to provide 97% of our support remotely – you’ll experience world-class support with little, if any, disruption to your operations.

We provide intuitive self-service tools which distributors and engineering teams use to deploy and manage TUG installations on their own.
TUG is so smart it can ride an elevator.
With wireless integration to building systems, TUG can use elevators, open doors and even respond to building alarms. 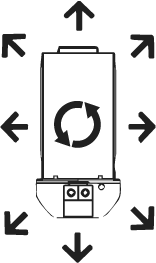 Cloud Control Center – Every TUG robot, everywhere in the world, is monitored in real-time.
Continuously running algorithms – a patented industry first from Aethon – detect if a TUG needs support and sends an alert instantly to our Cloud Control Center. Using a secure VPN connection, our support specialists can find a solution even if it means manually driving the TUG momentarily to send it on its way again.

With TUG you can achieve True Automation.
TUG automatically picks up and drops off carts, eliminating the labor that would otherwise be needed to load the robot. It also communicates with your IT system to automate the dispatching of the robot fleet and update the inventory system when materials are moved.
The future of robotics is autonomous.
Back in the 1950s, Automated Guided Vehicles (AGVs) became the first robots to be used in manufacturing environments. While they were advanced for their time, their time has long passed. We created TUG by basically improving almost every aspect of AGVs. In the process, we launched a brand new class of robots – Autonomous Mobile Robots (AMRs).
What’s the difference between and AMR and an AGV?
TUG can be installed quickly
TUGs have a faster time-to-benefit than AGVs. Maps are quickly generated, routes and delivery points are digitally established, and charging stations are simply plugged into the wall. Older AGV systems require fixed investment in these elements resulting in a system that takes a long time (and at a significant cost) to deploy.
TUG is flexible
An AGV typically requires fixed specialty signifiers like tracks, wires, tape and reflectors to navigate. AMRs like TUG feature modern technology including camera- and laser-based navigational systems to allow safe operation in nearly any indoor environment.
TUG goes to where you work
An AGV is typically limited to the “back of house” and well defined or even dedicated travel lanes. An AMR can drive where people walk and work and become a collaborative technology seamlessly operating with the work environment.
TUG is future-proof
Unlike fixed route AGVs, AMRs like TUG can be reprogrammed onsite or even remotely whenever routes or delivery points need to change. That means, as your needs change, TUG can change right along with you.