A Robot’s Friend in the Cloud

Can a robot “think”? It depends on your definition. The real question to ask might be, “Does it matter?” 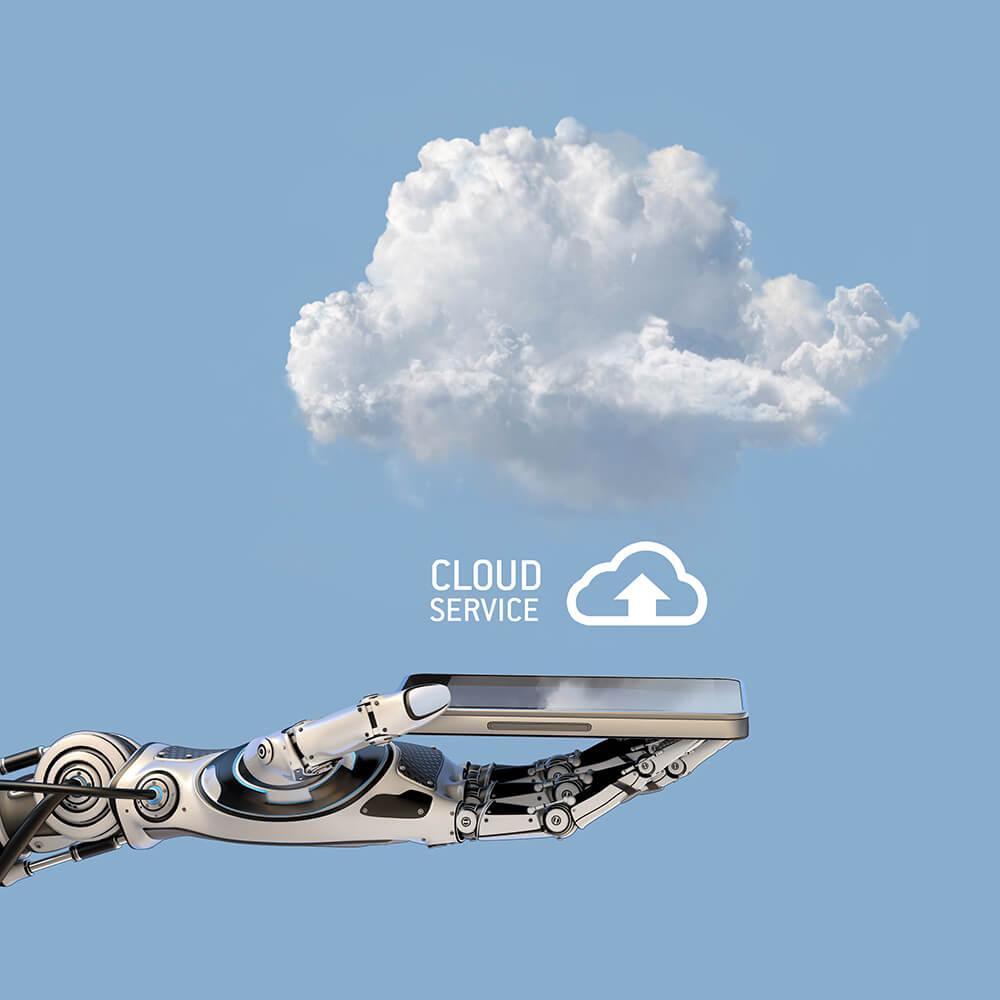 Autonomous robots have a variety of applications today, from comforting the elderly to delivering supplies and medications to hospital patients, so busy pharmacists and nurses don’t have to. But the software driving these technologies can’t do everything–in fact, they even don’t need to. Why? We have the Internet.  Just like a person doesn’t need to be a walking encyclopedia, a robot designer need not assume their device is totally independent.

Ken Goldberg, of the University of California at Berkeley’s department of Electrical Engineering and Computer Sciences, is a foremost authority on the link between artificial intelligence and cloud computing. And he says that it’s the connection between robots and “the cloud” that makes these technologies truly valuable:

“What if robots and automation systems were not limited by onboard computation, memory, or programming?” he asks. “This is now conceivable with wireless networking and rapidly expanding Internet resources.”

“Just in the same way as humans as a species are getting smarter because we are able to share information much quicker and build on innovations faster, robots have that potential as well,” he wrote in a 2012 blog post on HumansInvent.com.

Goldberg also cites Google’s autonomous driving project as a flagship example of networked robotics. Their autonomous cars drive around, collecting data for Google Maps and StreetView, all while processing images and indexing maps, on-board. But ultimately, the system relies on crowdsourced data to confirm accurate information.

Are autonomous robots truly autonomous? No, and they don’t need to be. Steve Cousins of robotic hardware and software developer Willow Garage aptly sums it up with his oft-quoted statement that “No robot is an island.”

It’s an exciting time for robotics in the U.S., as they become more independent and more attractive to consumer markets, with companies like Amazon and Google investing heavily in our burgeoning industry. But as companies begin preparing for the transition to automation, concerns may arise:

If autonomous service robots become increasingly connected to the Web, as is the TUG from Aethon, these concerns fall to the wayside.  A robot that’s wirelessly connected to external databases, systems, and most importantly, humans, can virtually eliminate in-house maintenance on the part of its owner and ensure up-time in the 99% plus category.

Hospitals that employ TUGs love them not just for the operational and financial benefits they provide, but also for their independence. Here at our headquarters in Pittsburgh, PA, we have a cloud command center that is part algorithm, and part good old-fashioned human support system.  All the TUG robots are constantly reporting their status back through the cloud and the system has algorithms to detect trouble.  It is staffed 24/7/365  where people respond when trouble is detected or something unusual happens like a TUG gets stuck in a congested hallway or is otherwise delayed.  Our remote operators can actually look through its eyes through a secure VPN connection, check its logs, manually “drive” the robot as necessary, and correct and issues before hospital staff is even aware something’s awry.

At Aethon, we don’t put the burden of maintenance on our customers. We take automation to heart.

To contact an Aethon representative about TUG, MedEx, or MedEx TubeTrack, send us a message using our Contact Us form or call 412-322-2975.