Mapping the Future of Robotics at International CES 2014

Although the CES focuses chiefly on the consumer technology sector, the Robotics Business Review (RBR), one of the robotics industry’s most respected online publications, will be hosting a series of lectures related to the robotics sector. 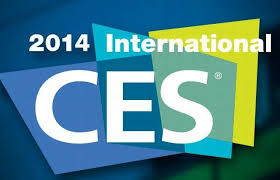 Each year, the Consumer Electronics Association’s annual International CES conference is one of the most widely attended electronics industry events in the world. Last year’s event, held in Las Vegas, NV, drew over 150,000 total attendees from the technology sector and the media—and 2014’s iteration looks to be yet another great opportunity for tech innovators to make the case for their products and services.

International CES 2014 will be held Thursday, January 9th, 2014 at the Las Vegas Convention and World Trade Center, and will feature a range of exhibitors from 15 consumer technology markets. And if history is any indication, this year’s CES should be a veritable breeding ground for key tech tools of the future—products like the VCR, CD player, the XBOX, and more have all been announced at past CES conferences since the event’s inception in 1967.

On January 9 starting at 9:00 am in the convention center’s North Hall, room N260 (click here for a map of the facility), the Robotics Business Review will host three lectures under the umbrella, “Consumer Robotics: The Next Trillion Dollar Market?”

Although the CES focuses chiefly on the consumer technology sector, the Robotics Business Review (RBR), one of the robotics industry’s most respected online publications, will be hosting a series of lectures related to the robotics sector.

The first lecture, “How Robots Are Changing the Way We Live,” presented by RBR editor in chief Tom Green, will explore how today’s most innovative robotic technologies are making their way into hospitals, homes, and roadways at a rapid pace. Green will explore the trajectory of these systems and how they’ll impact key markets.

This talk will be followed by “Sizing and Seizing the Consumer Robotics Opportunity” at 10:00 am; and “Many Robots in Every Home: Meet the Purveyors of the New Robotics” at 11:15 am. 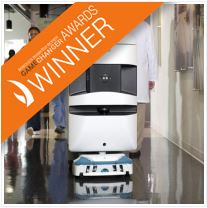 The RBR is a terrific resource for anyone involved in the robotics sector, on the consumer side and on the service side—they’ve covered all of Aethon’s latest developments in recent years and recognized Aethon as the winner of the 2013 Game Changer Award.  They also covered our recent launch of MedEx TubeTrack system at the ASHP Midyear Clinical Meeting in Orlando last month.

So, if you’re on your way to International CES 2014, be sure to stop by and see what the RBR’s editors and consultants see for the future of robotic technologies—if past innovations are any indication, what happens in Vegas definitely doesn’t stay there.