What Industry 4.0 Means for Manufacturers

What Industry 4.0 Means for Manufacturers

Today, we’re at a juncture: Industry 4.0 is on the rise due to automation and the ubiquity of computing power and has spurred what many consider yet another Industrial Revolution.

Over the course of the 18th and 19th centuries, the Industrial Revolution drove new manufacturing technology that would fuel the economic growth of significant parts of the globe and a new standard of living for centuries. Steam power, machines of all types, interchangeable parts, and innumerable other advancements offered manufacturers unparalleled levels of productivity — and profitability.

Dubbed “Industry 4.0,” this new era of manufacturing bears many similarities to earlier revolutions — new technology builds on that of the past to automate and streamline previously manual, fragmented workflow processes. If Industry 1.0 represented the rise of water and steam power, 2.0 the advent of electric power, and 3.0 computing capabilities, Industry 4.0 harnesses the inter-connectivity of machines, processes and products . But tangibly, how can this latest revolution power manufacturers as they strive to remain competitive and agile? 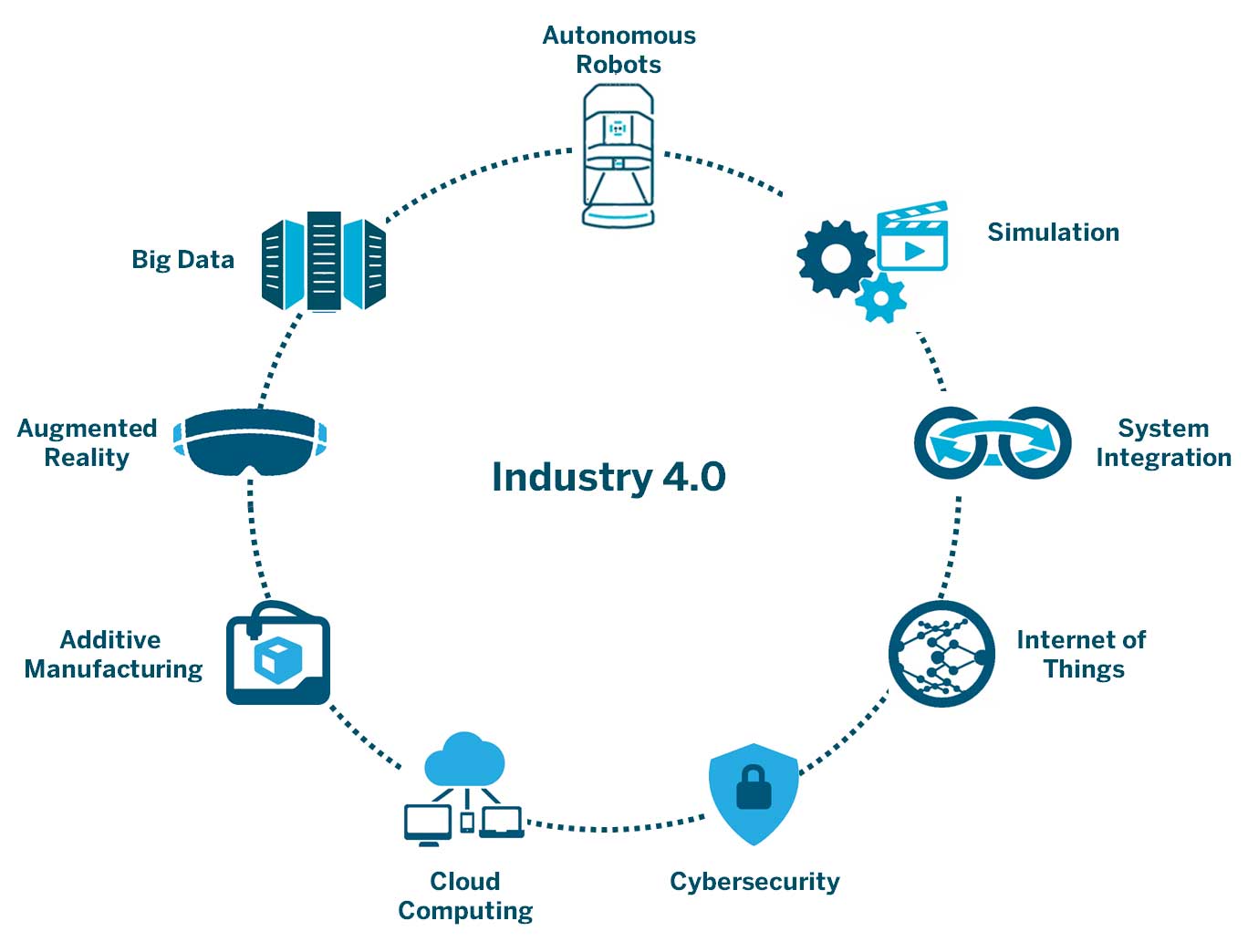 An essential facet of Industry 4.0 is autonomous production methods powered by a concept referred to as the “Internet of Things” (IoT) — the idea that by harnessing a connected mesh of objects, devices and computers machines can communicate with each other.  Autonomous robots are a seminal example across countless industries, including manufacturing.

By connecting to a central server, database or programmable logic controller the actions of robots can be coordinated and automated to a greater extent than ever before. They can complete tasks intelligently, in an orchestrated manner with minimal human input. Materials can be transported across the factory floor via autonomous mobile robots (AMRs), avoiding obstacles, coordinating with fleet mates, and identifying where pickups and dropoffs are needed in real-time.

Because they’re connected digitally, their physical movements are as well. And since AMRs like TUG receive work signals from real-time production systems and manufacturing execution systems, assembly and production employees can focus on actual assembly and production — not the minutiae of internal logistics. For example, Aethon’s LogicOS integration toolkit connects existing PLC systems with TUG robots.  LogicOS facilitates the command and control communication between automation equipment, tools and sensors monitored by PLCs, and TUG autonomous mobile robots.

Of note, AMRs share a few similarities with AGVs, but there are also some important differences with respect to flexibility and the ability to self-navigate. 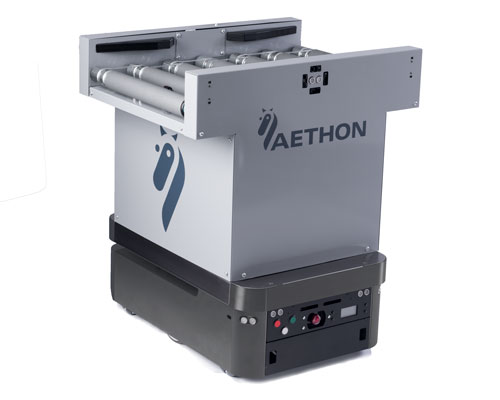 As mobile robots become more common they will inevitably be used in all sorts of ways we can’t predict at this very moment and require new capabilities.  This open connectivity is a tenant of Industry 4.0 – particularly when it comes to machines.  Our T4 robot provides connectivity to enable a “smart payload”.   Examples include a conveyor powered by and synchronized with the T4 base or a smart cart that has interaction embedded and integrated to the actions of the robot.

Industry 4.0 goes beyond the typical idea of machine-to-machine communication. Facility components typically not regarded as “machines” can be wired up as well, and treated as “machines” within the factory’s digital ecosystem.

For manufacturers, this is a tremendous opportunity.  Manufacturers should be attentive to the automation opportunities and research the enabling technology necessary to integrate automation into a well tuned operation. The simplest example related to autonomous mobile robots could be opening doors.  Doors that might have been opened and closed by a person during the transport of components and even completed products, must now be “connected,” allowing robots to to communicate with them and automatically open them as they transport the goods. Where previously, factory employees might usher palettes into elevators to move materials between manufacturing floors, with autonomous mobile robots, those elevators can now connect via wireless connections and open automatically when the AMR approaches. Robots can now be fully integrated with the facility’s systems, including fire alarms — and respond to emergency situations. 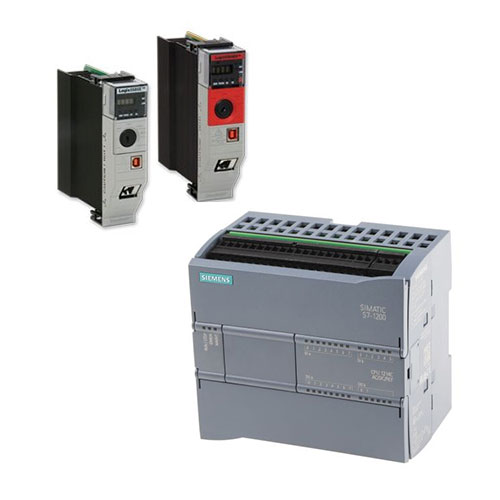 Many manufacturers already have common controlling hardware in place today.  MES systems or PLC systems orchestrate the process and have a lot to offer if used to their fullest.  Our LogicOS integration toolkit connects to their existing PLC infrastructure and allows real-time communication and control of TUGs by the PLC system.  This allows the full assortment of machines, sensors and signals to be accessible by the fleet of TUG robots.  Further, a pre-built sample HMI application provides production engineers a means to build a full blown visualization of the TUGs and their active routes along with providing touch-screen control. 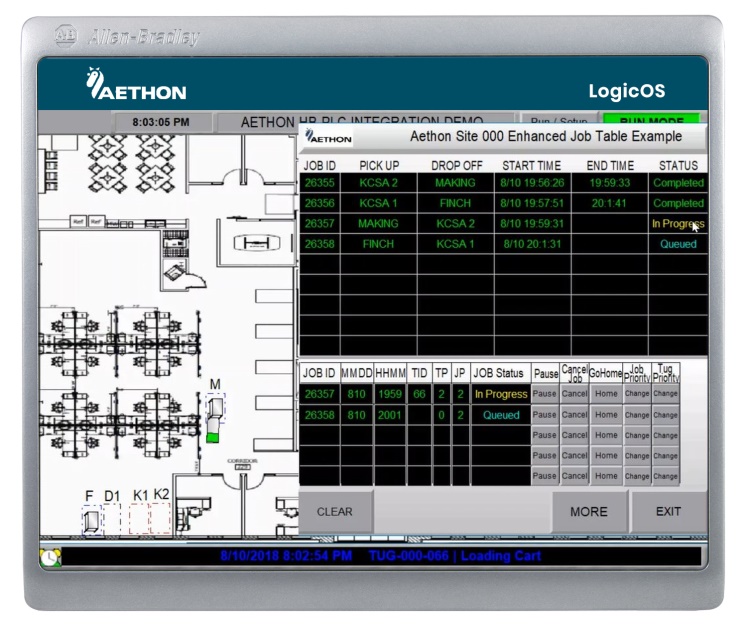 Of course, some level human input and customization might  be needed to power automation in manufacturing, and Industry 4.0 facilitates that. By using handheld technology like smartphones and tablets, supervisors can direct robotic activities and perform overrides by using mainstream technology — not expensive, specialized hardware. This allows production managers to remain agile in a fast-paced manufacturing environment where previously they’d be tethered to a computer or stationary data system.

Industry 4.0 represents a giant leap in the evolution of machines — an evolution that has already pioneered leaps in productivity and quality of life over several hundred years. Today, our machines are connected with each other, their physical environments, and most importantly, to people.